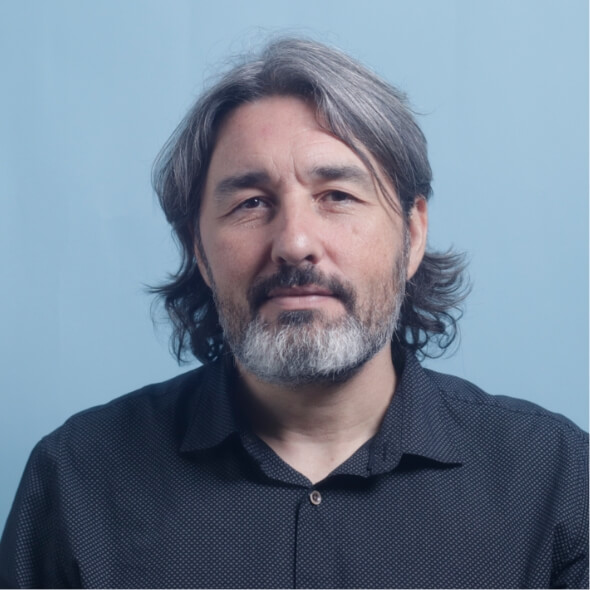 He is in charge. He oversees the agency’s projects, he is the playmaker, he charts the course to make sure that the team has guidelines and instructions, albeit without foregoing creative freedom. As he himself says, sharing always helps to give you a new take on things that helps you to move forward. He is a chef, and it’s obvious.

He is also in charge. One of the brains behind the Vibra method: create flexible and effective processes to deal with large volumes of work with the same diligence as we apply when managing smaller amounts. The truth is that he is in love with the method. He plans jobs, establishes processes, organises the agenda, supervises timings and is an ace dresser.

The vibrations started with him. He listens, analyses, thinks and decides the direction each project will take, the idea, the form, the art, the concept… Then he shares it with the team, lends a hand, refines ideas, suggests solutions, opens doors, teaches, trains and brings out the potential of each and every one of them. He is brilliant at working manually or digitally. He is methodical, a perfectionist and a collector of antique bicycles.

Son of the ideas. He was born for creativity, for copywriting, developing the narrative of brands, invent names, imagine taglines and define claims. Every project needs an idea, every idea a storytelling, every story a brand strategy and every strategy a destination. He plans the path. And takes brand design beyond the visual. He loves it when a plan comes together. 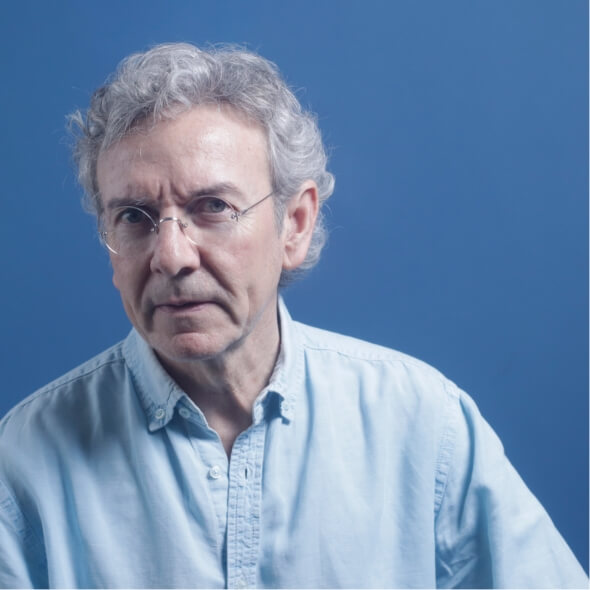 He’s a veteran from a graphic bloodline. Design is in his DNA. He’s Amador Garrell Soto’s son and he began in the graphic world in the familiar printing plant where he was a typesetter. “There was something of designing in there”, he defends. He studied in Escola Massana (Barcelona), worked in studies and advertising agencies from late 70’s until the 90’s, when he became a freelance. He has done corporate identities, logotypes, graphic advertising, comercial labels, packaging or art direction for companies, brands, small businesses, public organisations, cultural institutions… He has done plenty of things and it’s a great honor to have him with us. 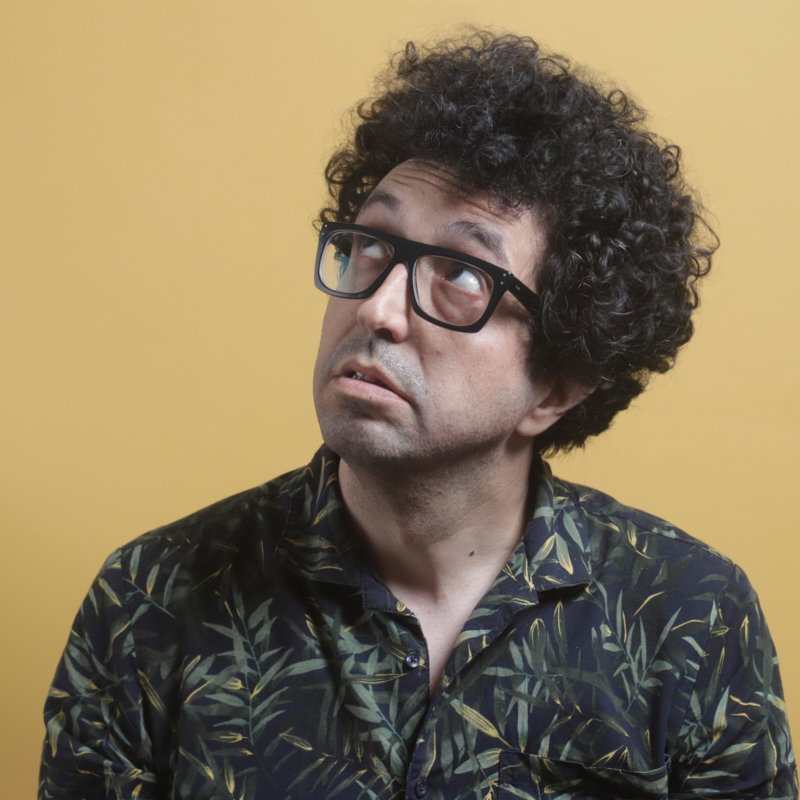 Just look at those eyes. He works magic with photos and takes photos that are magic. He studied Audiovisual Creation, specialised in film-making and fell in love with photography. He has more than two decades of professional experience in advertising and film-making photography management, digital retouching, colour management and training courses and teaching in film schools and audiovisual creation. He is a master of image and her back-combed hair is the funkiest thing around. Mind-blowing. 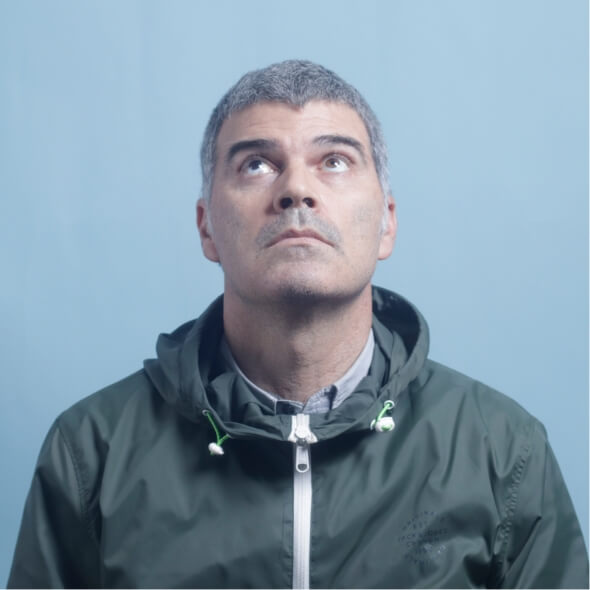 Carles studied Graphic Design and Art at the EINA School in Barcelona and flexed his muscles in Costa Rica by working in advertising and, back in Barcelona, for various design studios. He is practised in editorial design, graphic communication, corporate visual identity and digital creativity. Gets around on a motorbike or cruiser.

Give him a word and he will write it a thousand ways, each as wonderful as the last. Typography, lettering and calligraphy are his life. He is a multimedia design and production graduate. He also holds a postgrad qualification in advanced typography from the EINA design college and teaches calligraphy courses. We are ever so grateful to his secondary school teachers who kept giving him a hundred lines as a punishment.

Holder of a Bachelor of Arts in Industrial and Product Design, Mario has experience in advertising, freelance work and design studies. He has the best 3D vision at Vibranding and is always ready to provide reliable, practical and much appreciated technical solutions. He loves old record players and old vinyl records and is currently rebuilding his collection of 50s jazz classics.

He is a brother designer who likes supporting others and talking things through with them, as well as working on projects that give him more free rein. He is a nimble, reliable and stable engine. And an all-terrain machine: he manages, creates, develops and designs… He loves bloopers, plays-on-words and ironmongers. His vibes are in tune with the rest of us.

A designer who recognizes he’s not good at drawing. But he’s a master in technical aspects of graphic design. He has a mid degree on Pre-press and first degree on Design and Printed Publications and Multimedia Editorial. In a past life was art finisher of our distinguished competition He is a runner. He is quiet. His friends call him “Suave”. So either we do.

She used to draw on the walls of her parental home when se was a child. Finally, this creative flood was canalized onto studies of Advertising Graphics and Illustration at La Llotja de St. Andreu (Barcelona) and Pre-Press at Escola Antonio Algueró (Barcelona too). She is an illustrator. James Jean is her guide even when their styles are quite different. She loves taking pictures of dawn and dusk on the clouds.

Fèlix has been a packaging designer for donkey’s years. He studied Graphic Design at the Llotja School of Art and Design (Barcelona). He likes packaging so much that when he is in a shop or supermarket he can’t help paying attention to the logos, product photos, the 3D aspect, the fonts, and even the nutritional texts on containers! He doesn’t travel by car but moves around on foot or public transport. He plays the guitar and meditates, sometimes at the same time.

A highly qualified designer. She has a degree in Industrial Design from the Monterrey Institute of Technology and Higher Education (Mexico), a master’s degree in Packaging Design from Elisava (Barcelona), a postgraduate degree in ZBrush and Digital Sculpting from the Seeway School of Design, Animation, Digital Communication and Photography (Barcelona) and a postgraduate degree in Infographics and 3D Animation of Projects from the CIM Foundation – Polytechnic University of Catalonia (Barcelona). Wow! And we only have enough space to point out that she likes the punk pop of Paramore and dancing cumbia. A kick-ass woman! 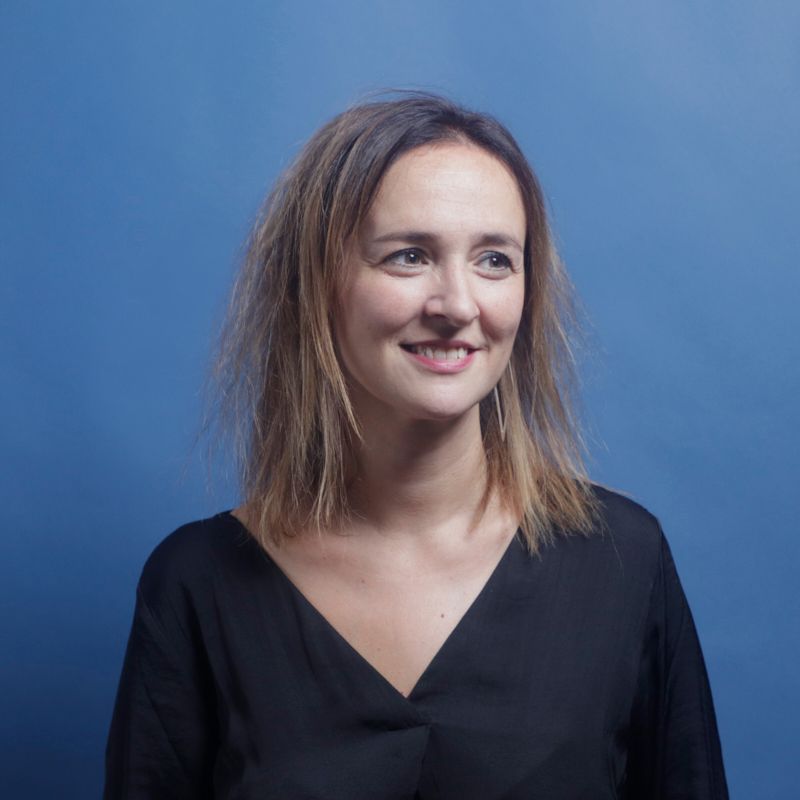 Like a Titaness, Amparo brings order to the sea of invoices, accounts payable and receivable, bureaucracy and the whole flood of papers we have to deal with. She keeps Vibra’s internal machine running and nothing ruffles her. She is immutable. Constant and determined. Nothing is a problem and everything has a solution. She is the order that emanates from creative chaos. 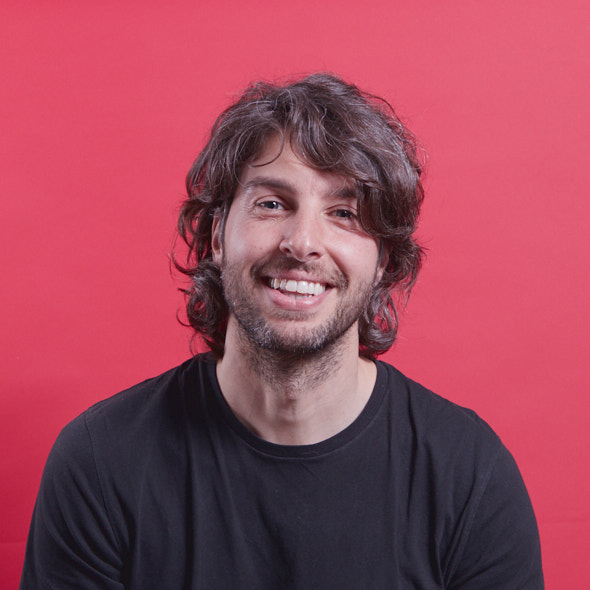 He handles the digital side of the agency: digital campaigns’ control and analytics, online marketing strategies, social media plans management and monitoring, SEO optimization, SEM administration… He is not a cyborg but he’s totally connected to bits and technology. He makes any 2.0 worry vanish with a mere smile. 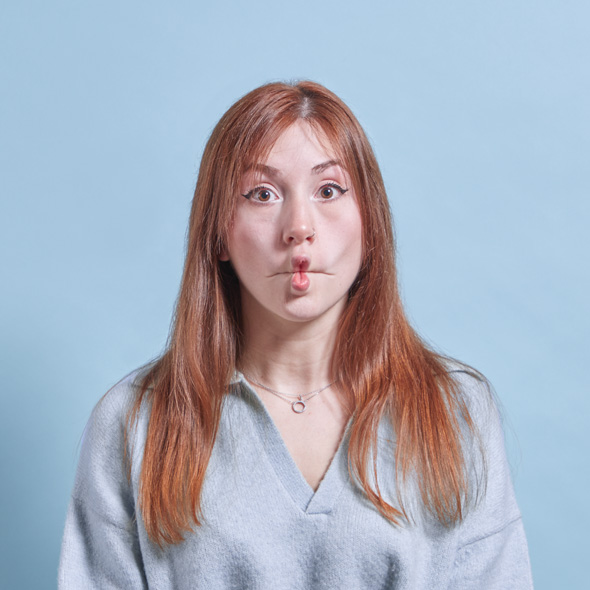 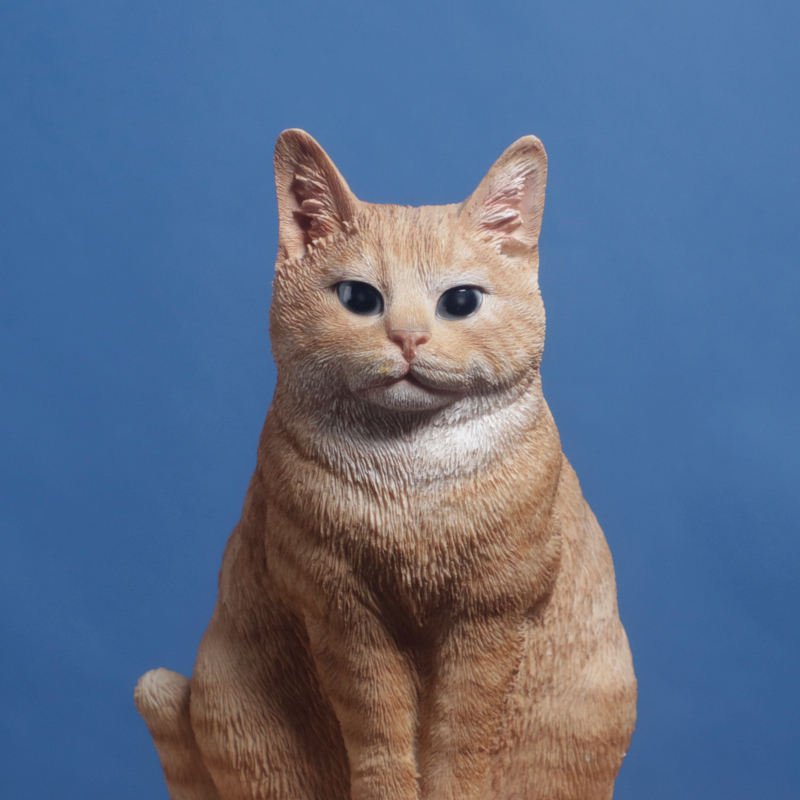 A refugee from Melmac. He landed at Vibranding following a mystic connection of intergalactic vibrations. He is the catalyst of the studio’s creativity and working spirit. Although many don’t believe it, without Briefing nothing makes sense. His favourite goodies are soma candies. He is vegan and loves disguising.
Make us vibrate

If your work is in tune with ours,
we want to know it.
Introduce yourself and seduce us at talent@vibranding.com

Do you believe in the power of graphic design? We do too.
Drop us a line. We help you.
We use cookies on our website to give you the most vibrating experience by remembering your preferences and repeat visits. By clicking “Accept”, you consent to the use of ALL the cookies. However you may visit Cookie Settings to provide a controlled consent.
Cookie SettingsAccept
Manage consent